TAKE A LOOK AT THE BOZZI GALLERY 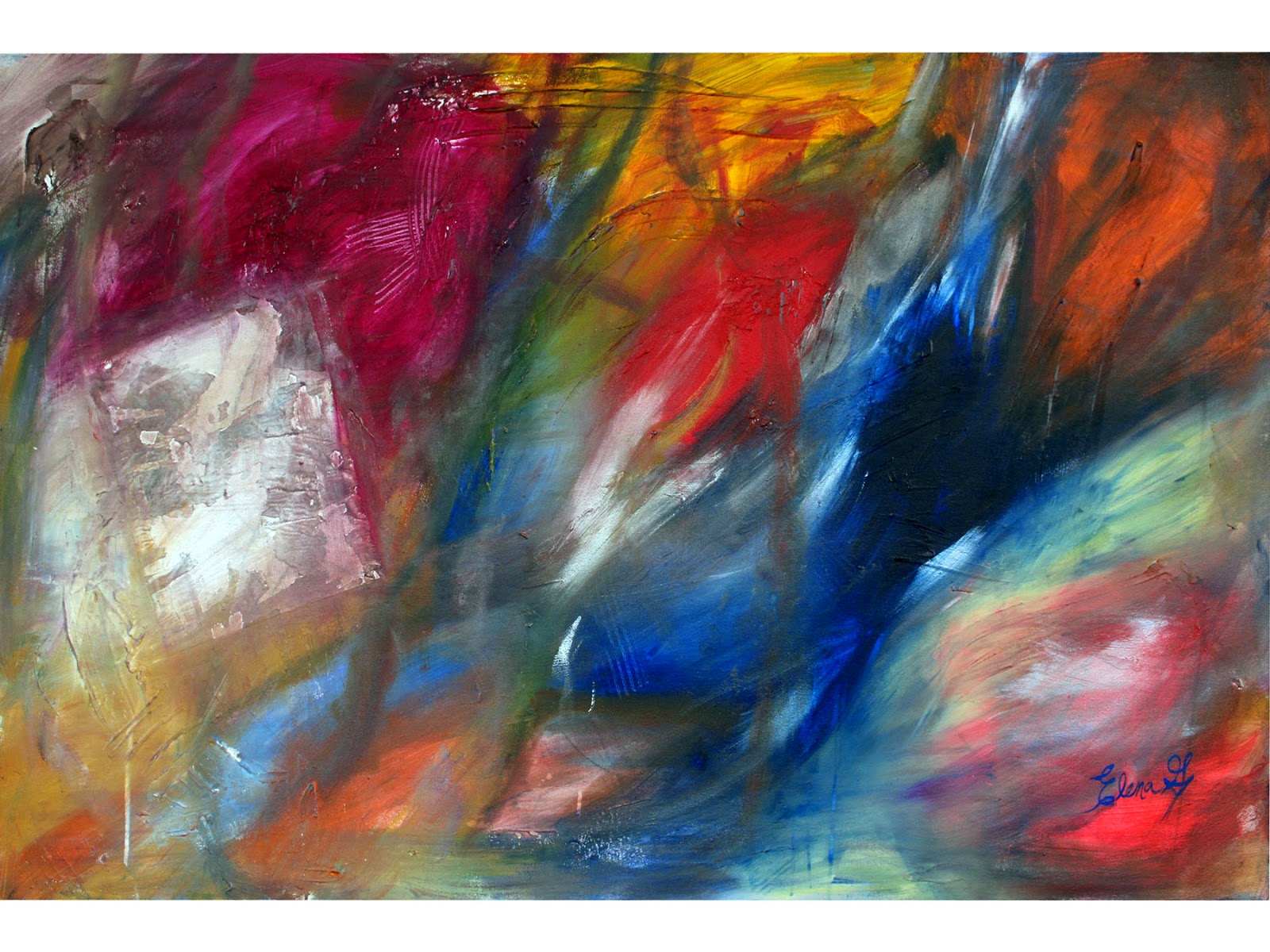 BEAUTIFUL ART PIECES OF DIFFERENT ARTISTS ARE TOO AT THE BOZZI GALLERY.

YOU ARE THE SPECIAL GUEST, TAKE A LOOK AND ENJOY THE ART.


Posted by Elenagfineart at 2:05 PM No comments:


DO NOT FORGET TO VISIT BOZZI GALLERY, IN SPOKANE DOWNTOWN.

THERE MANY ARTISTS WORK, AND ELENA GUTIERREZ ABSTRACT PAINTINGS.. 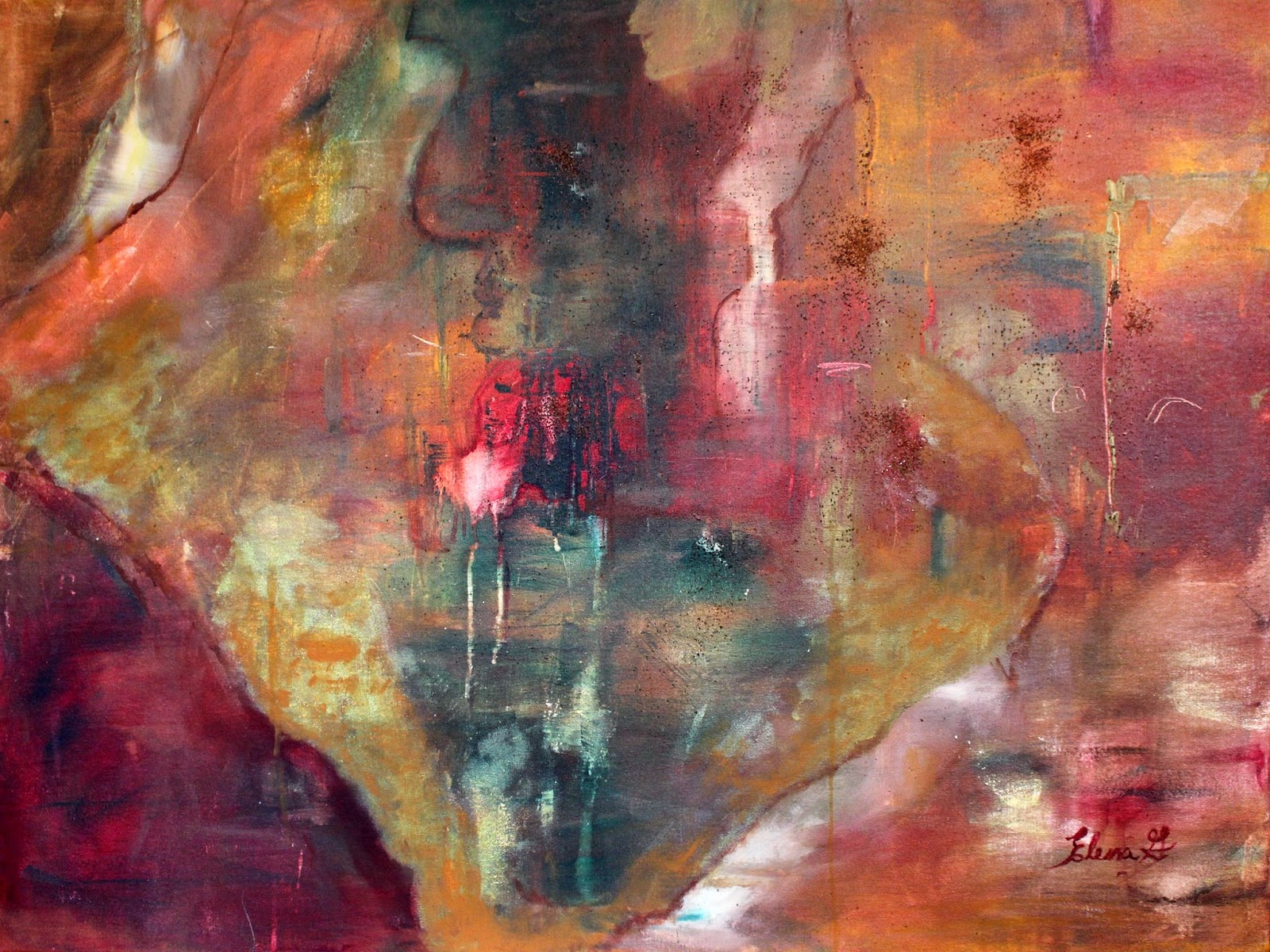 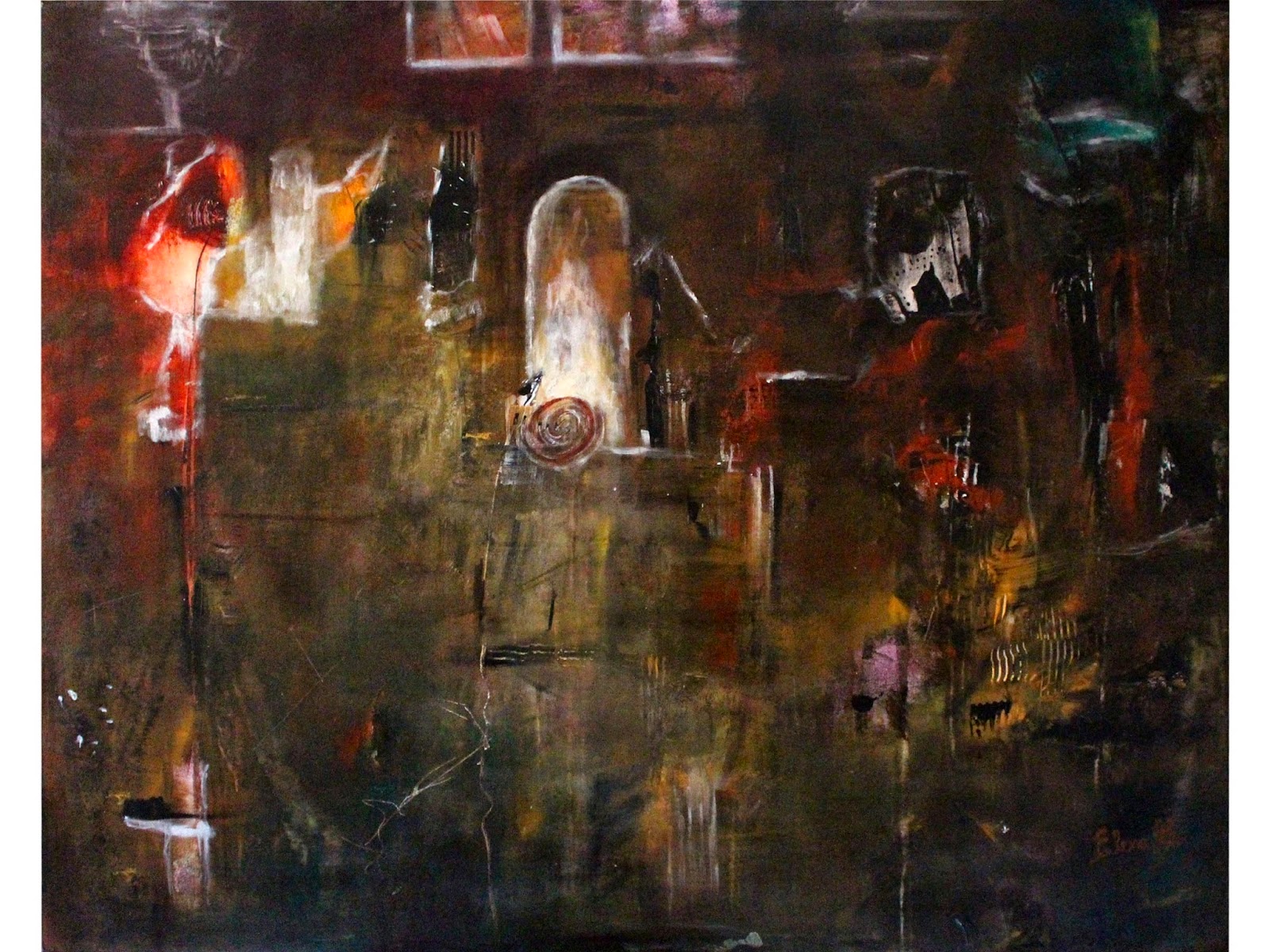 Posted by Elenagfineart at 6:52 PM No comments: 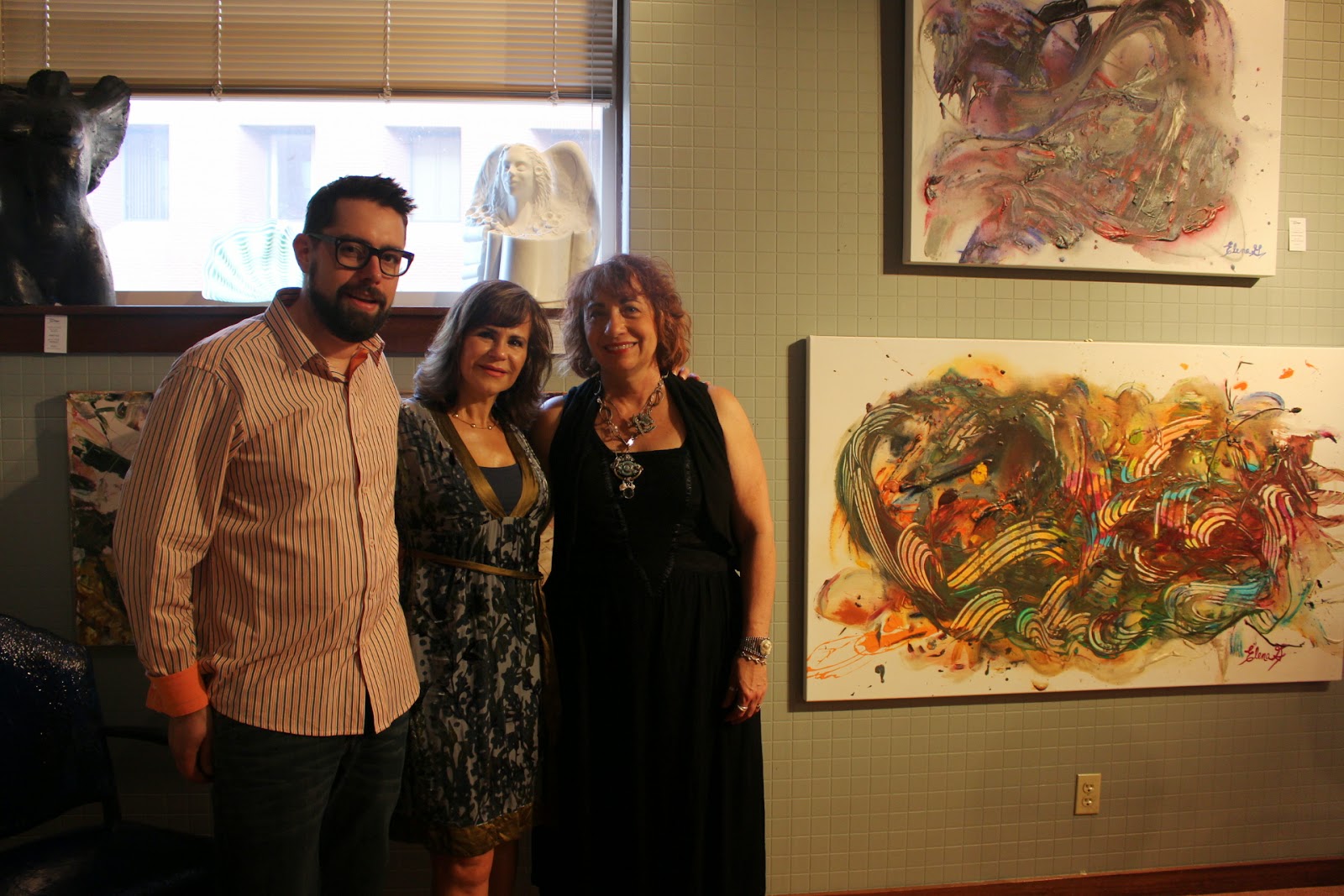 
MANY THANKS TO BOZZI GALLERY FOR THE GREAT NIGHT WE HAD!!!

THERE WAS FANTASTIC MUSIC BY CHRISTY LEE AND SPECIAL APPEARANCE BY LUKE YATES.  THEY MADE AN AWESOME PERFORMANCE AND WONDERFUL FIRST FRIDAY.  THANKS A LOT FOR THEM!!

ELENA'S  COLLECTION WOULD BE WHOLE AUGUST. 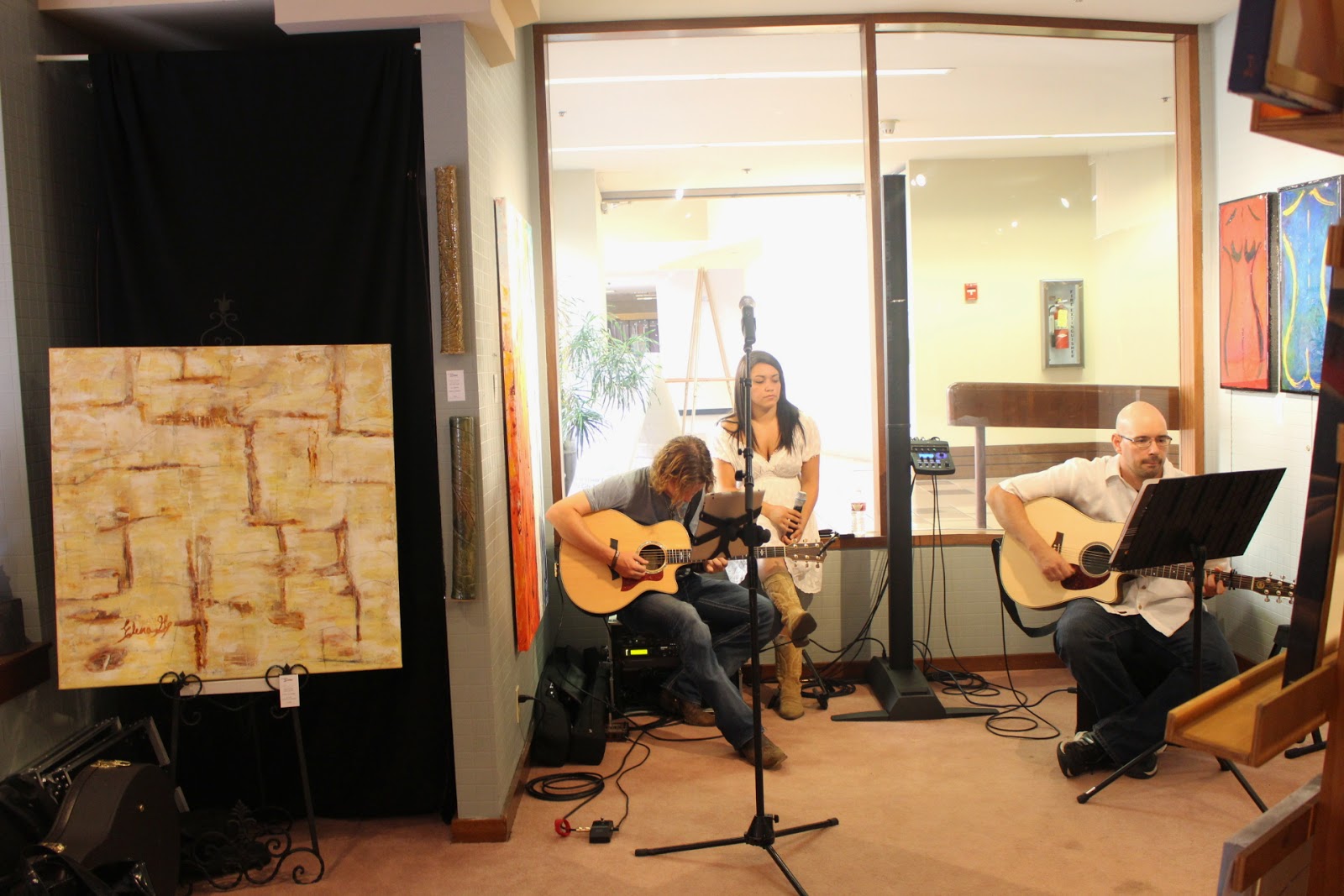 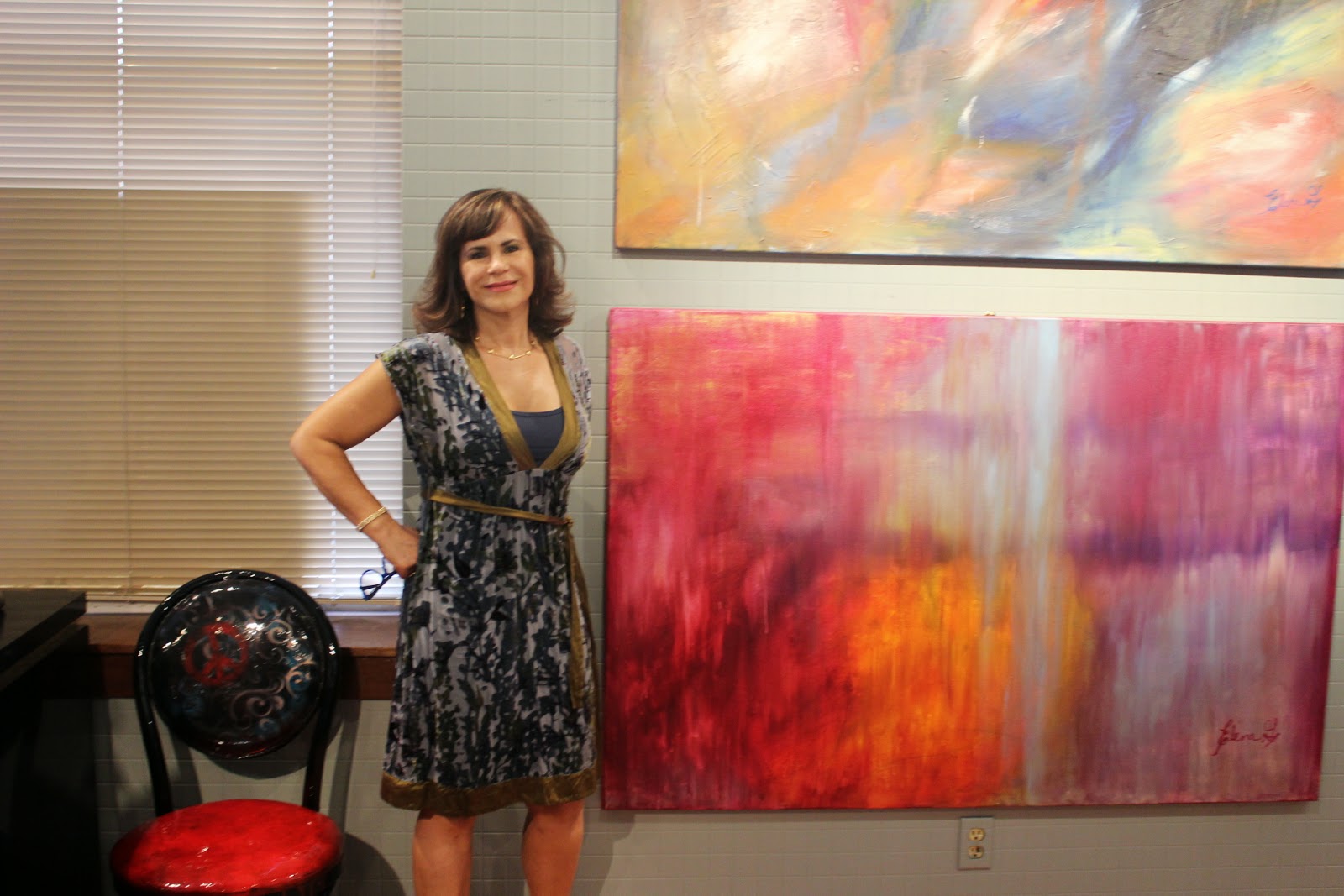 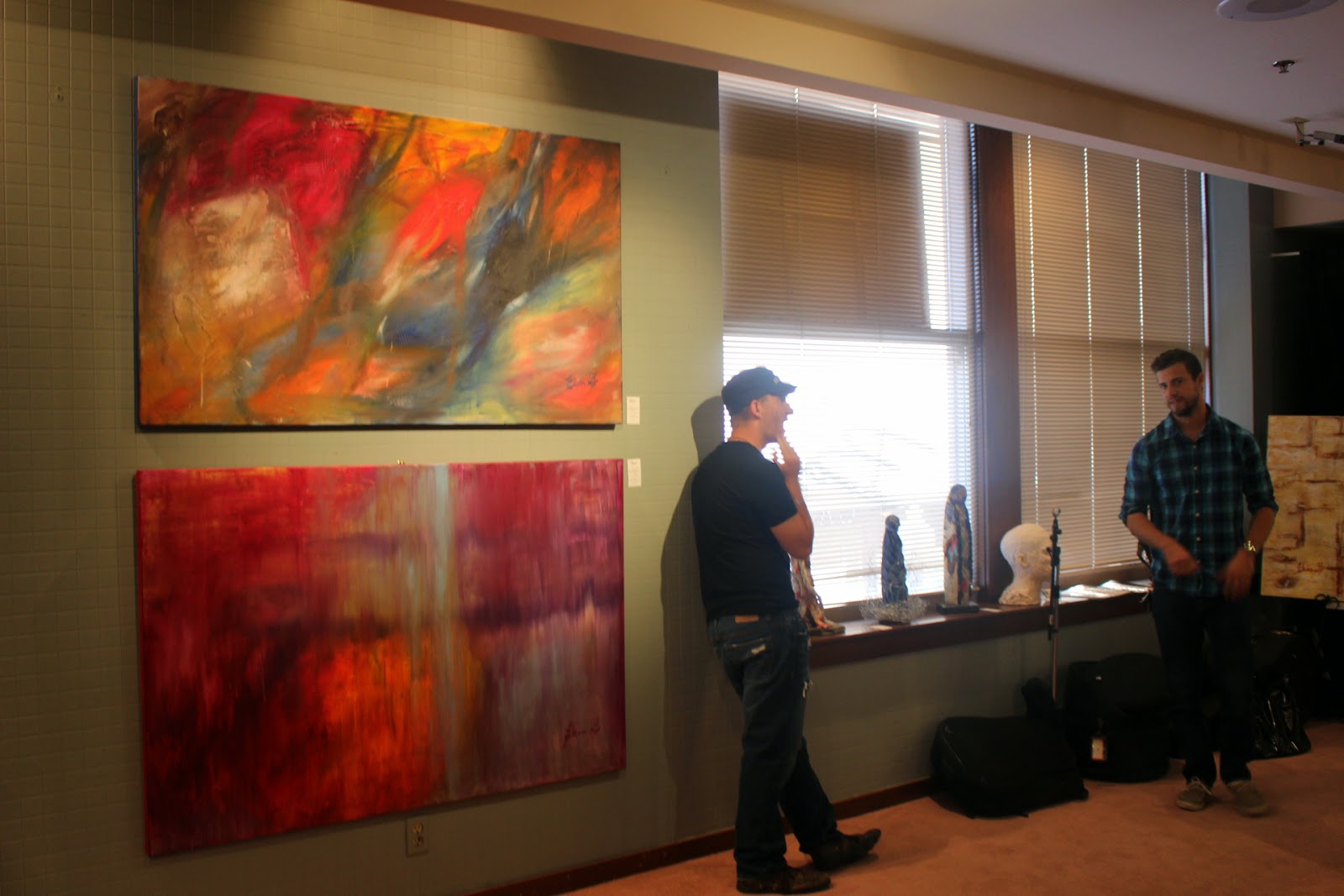 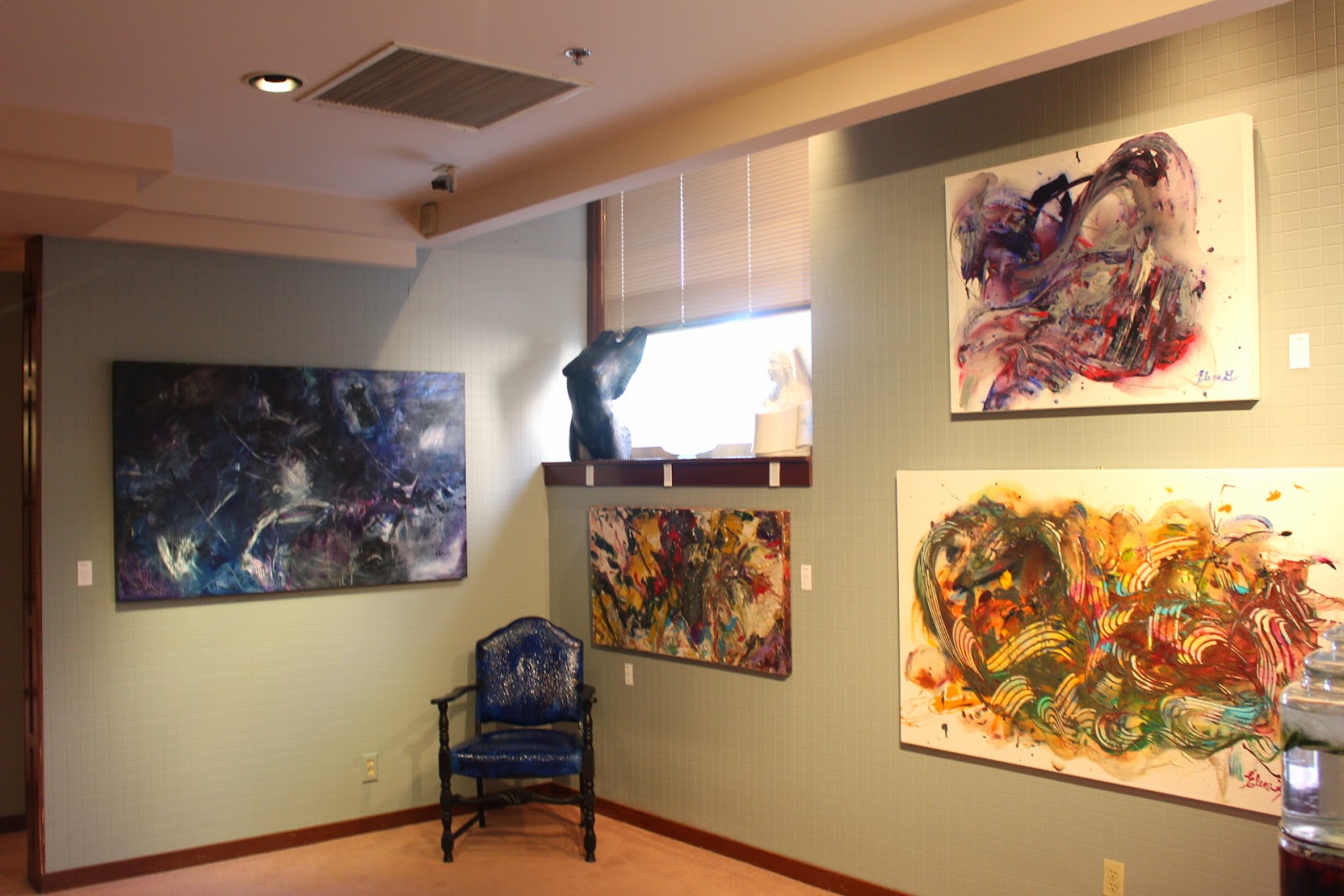 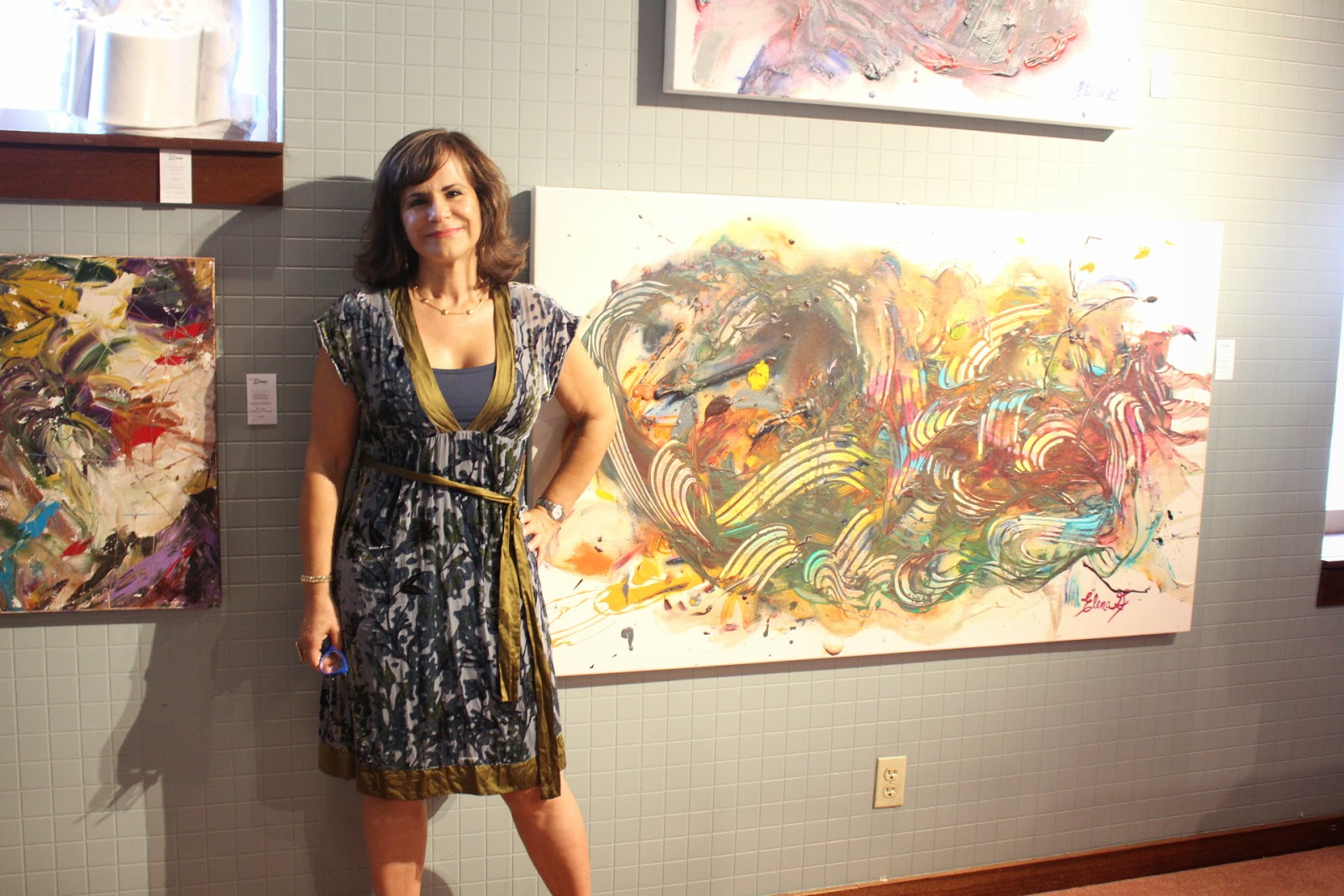 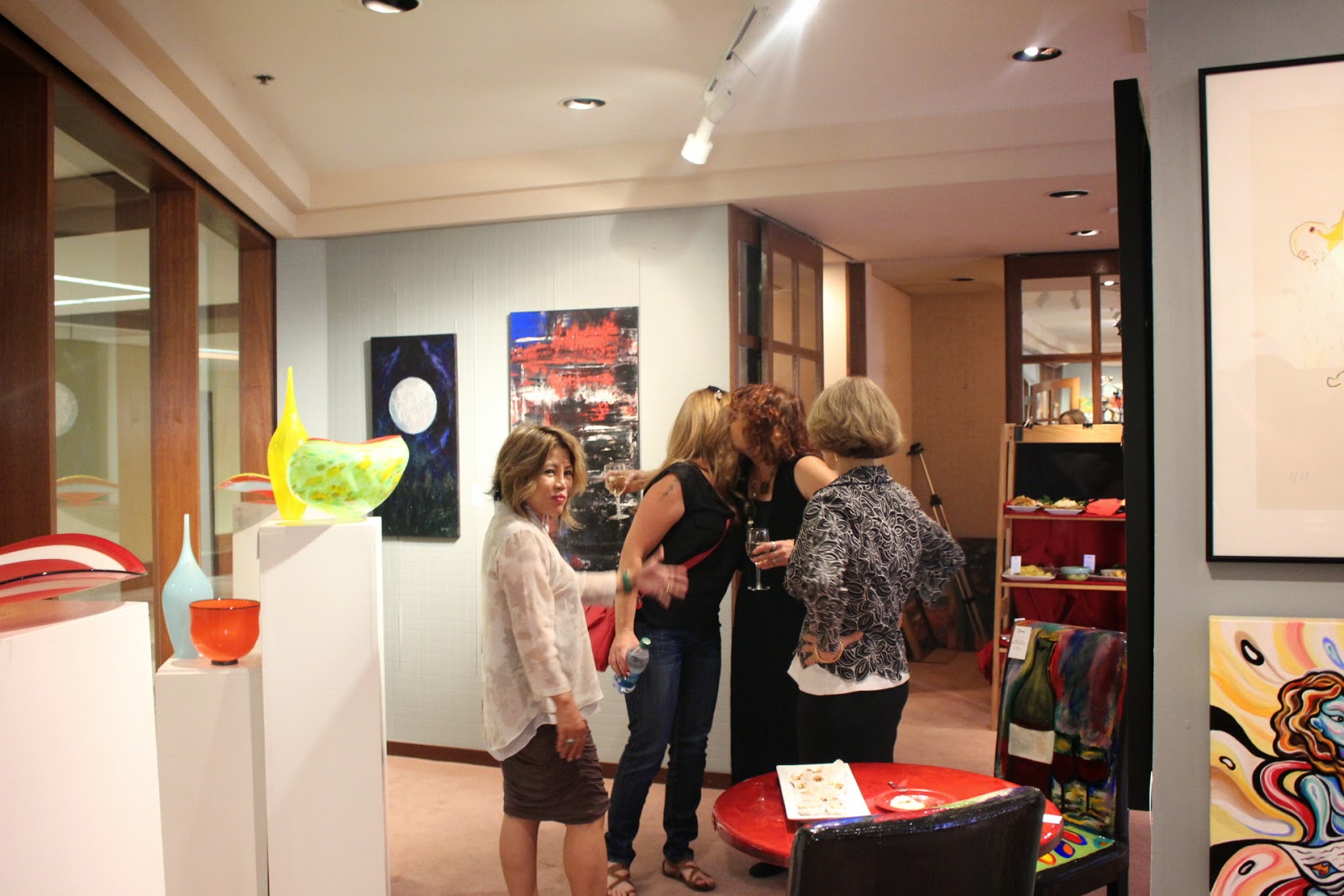 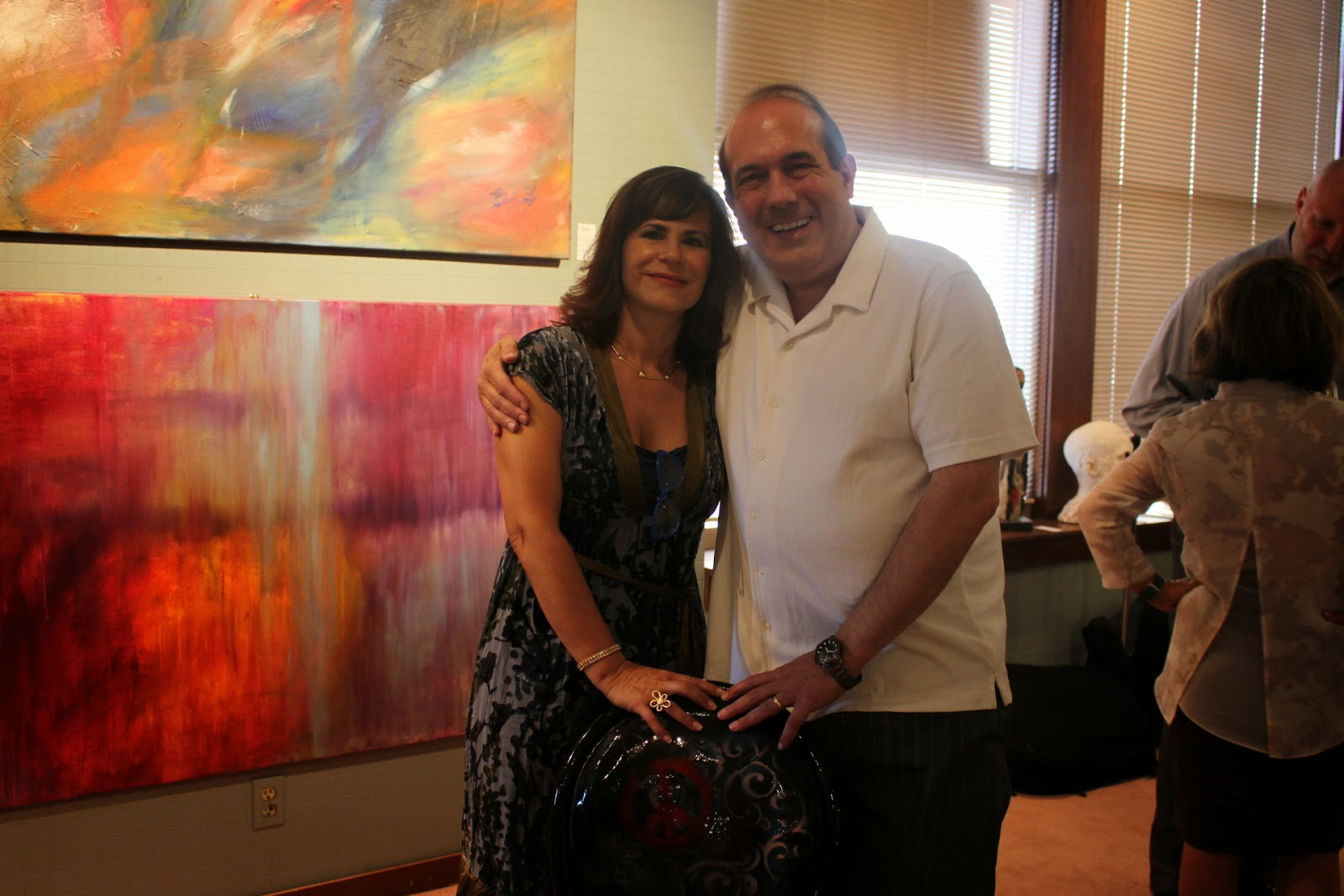 Posted by Elenagfineart at 10:43 PM No comments:


THERE WILL BE GREAT MUSIC, APPETIZERS AND WINE. 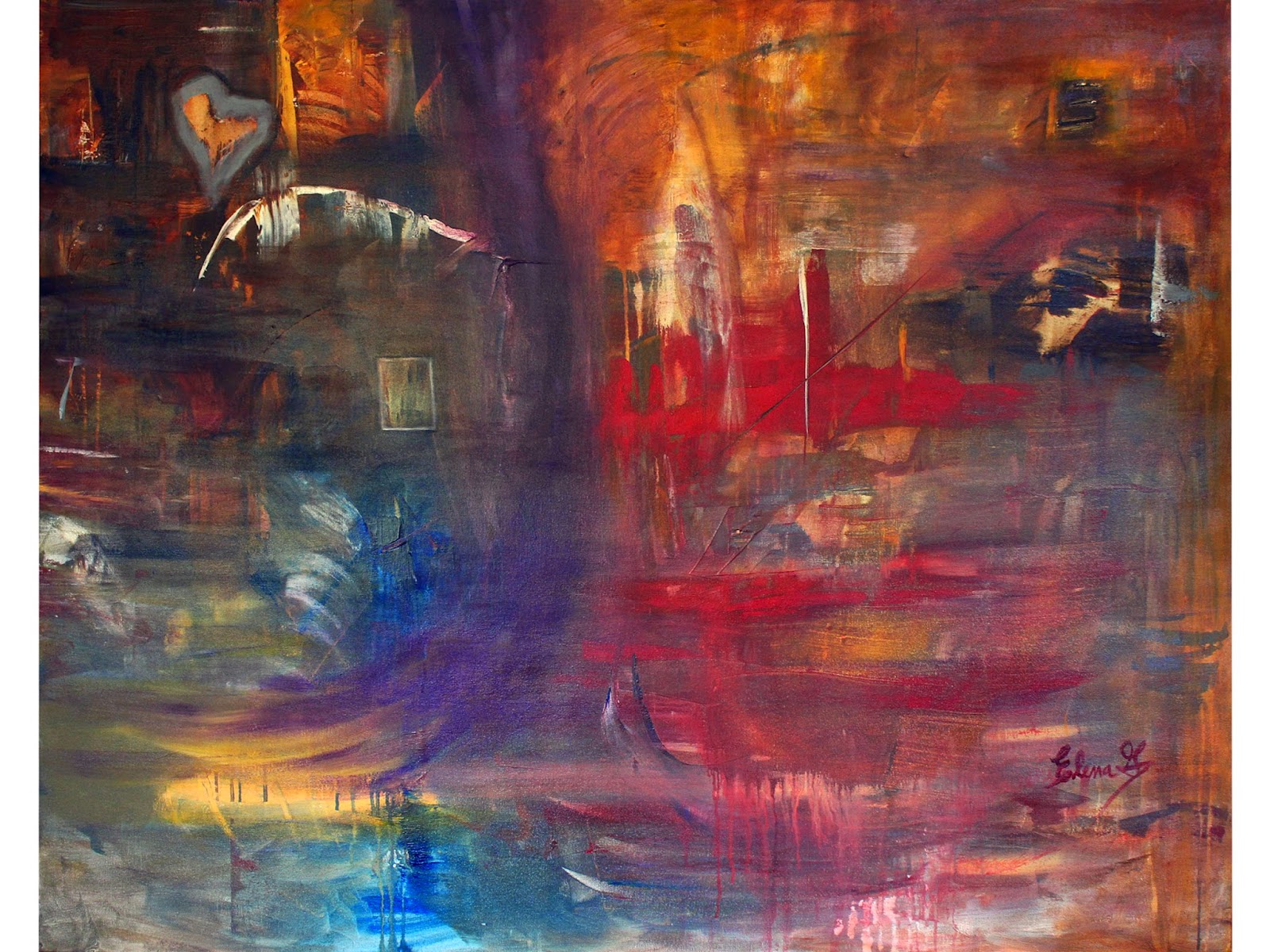 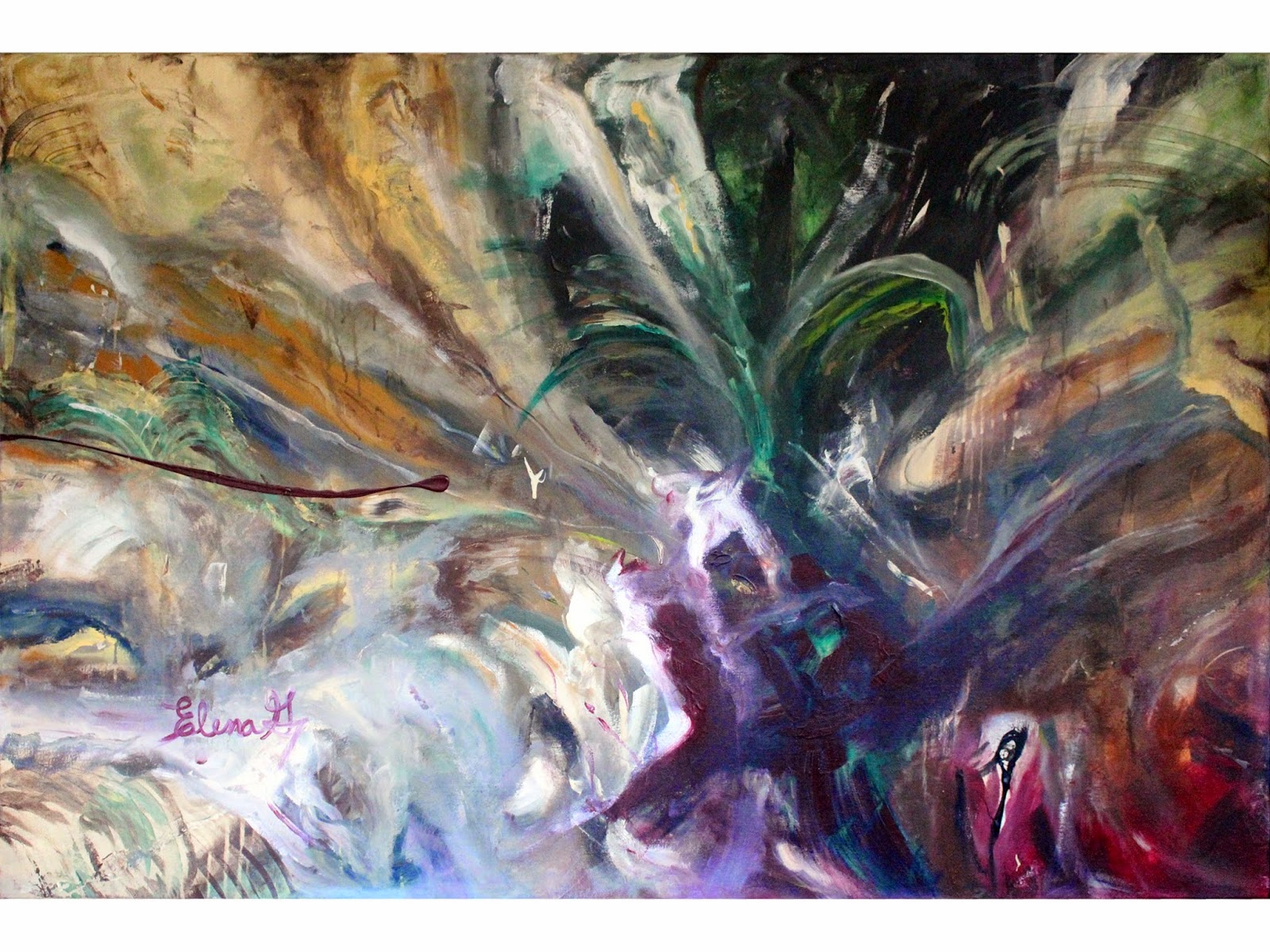 Posted by Elenagfineart at 2:20 PM No comments: 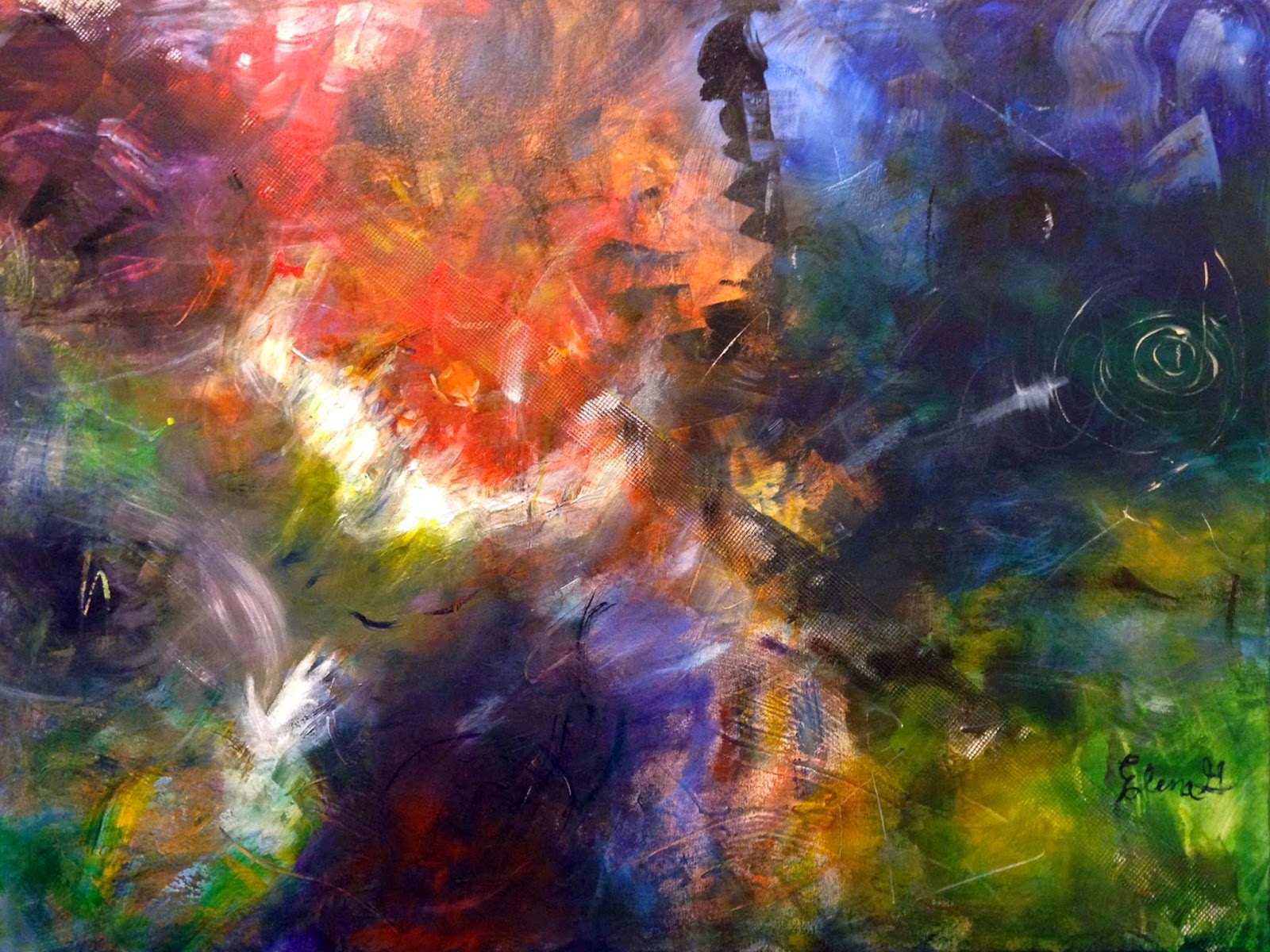 TAKE A LOOK IN ELENA'S ART, THERE WILL BE APPETIZERS AND WINE. DON'T MISS IT!!! 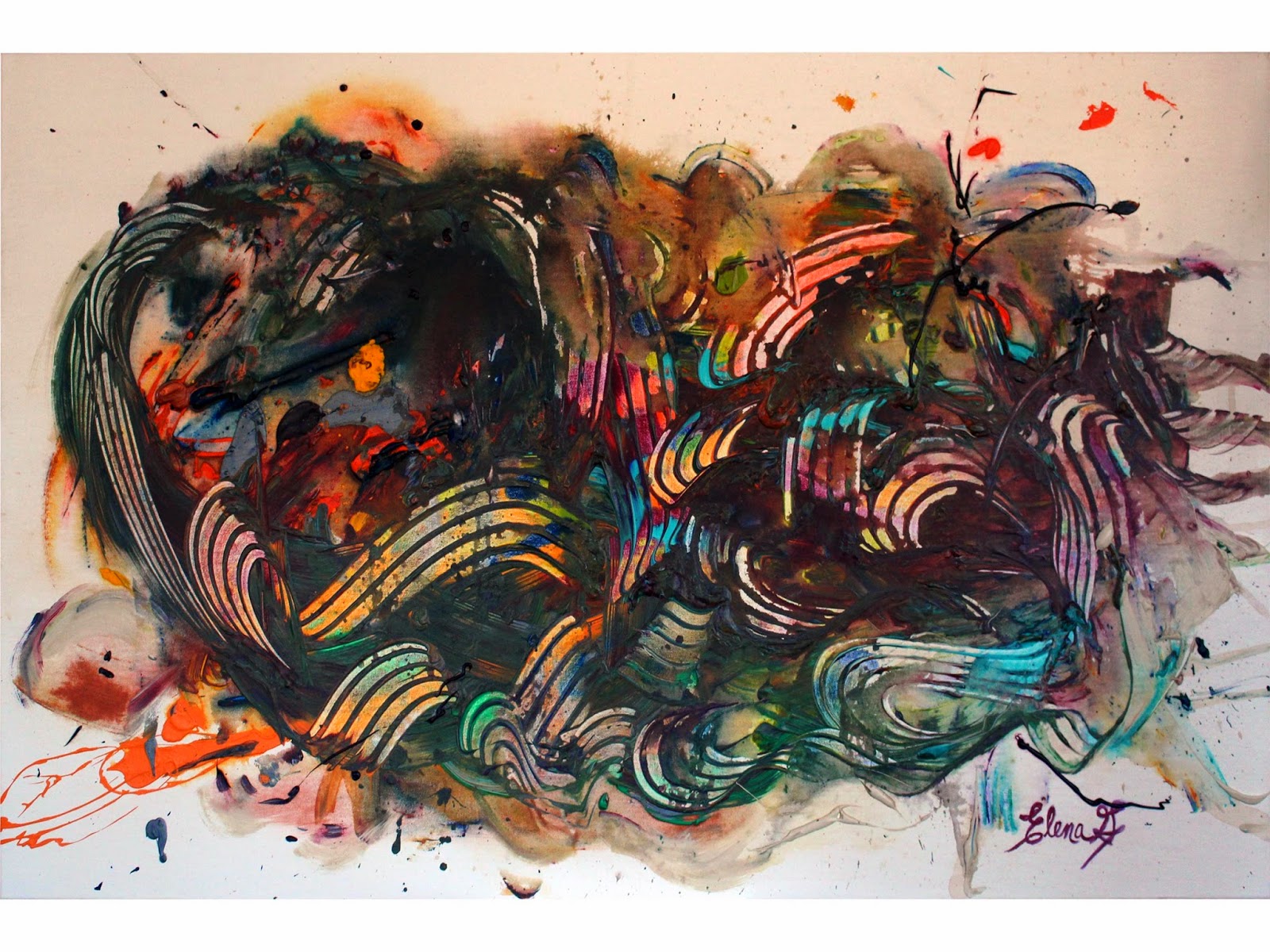 Posted by Elenagfineart at 5:16 PM No comments: 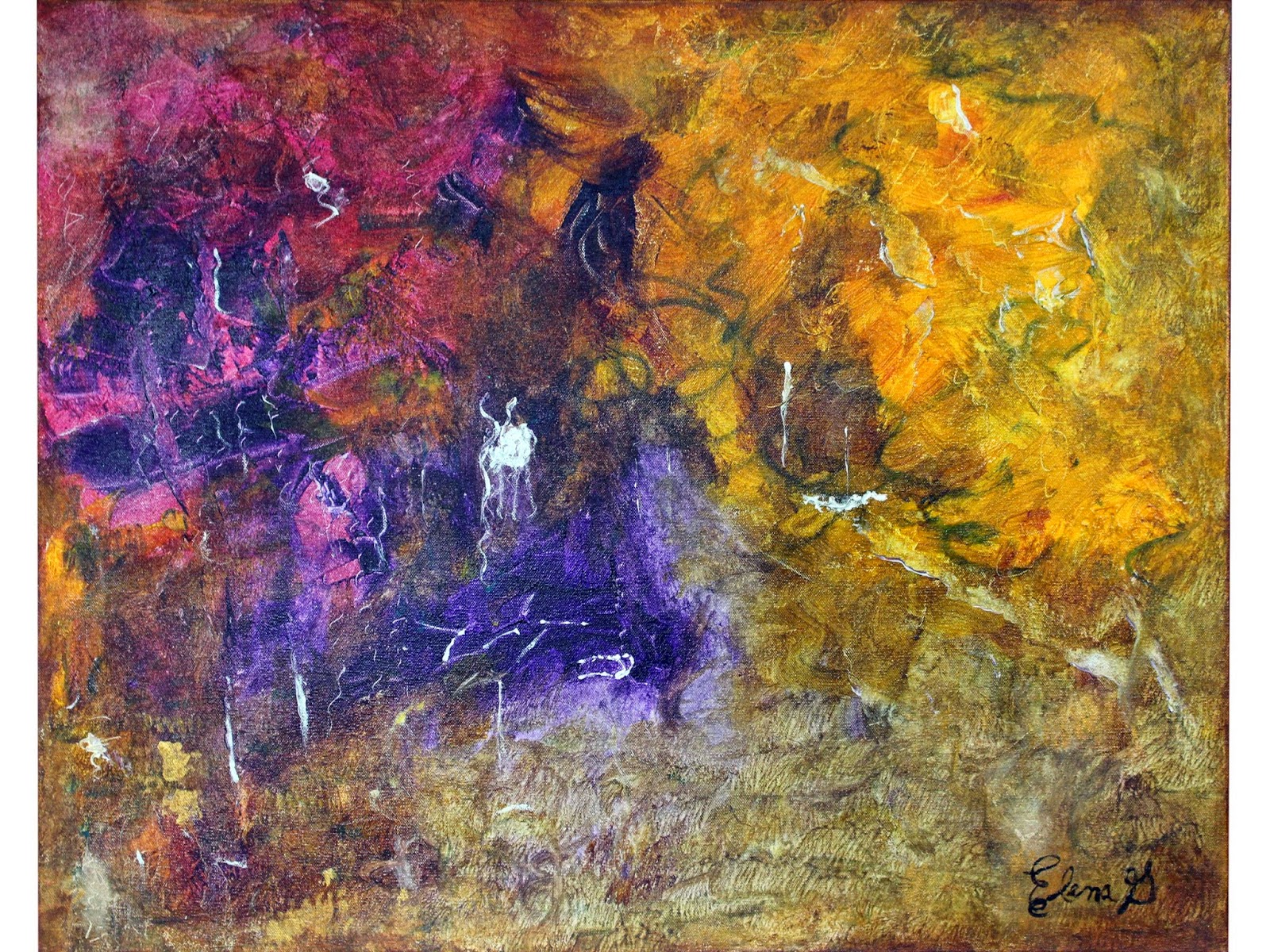 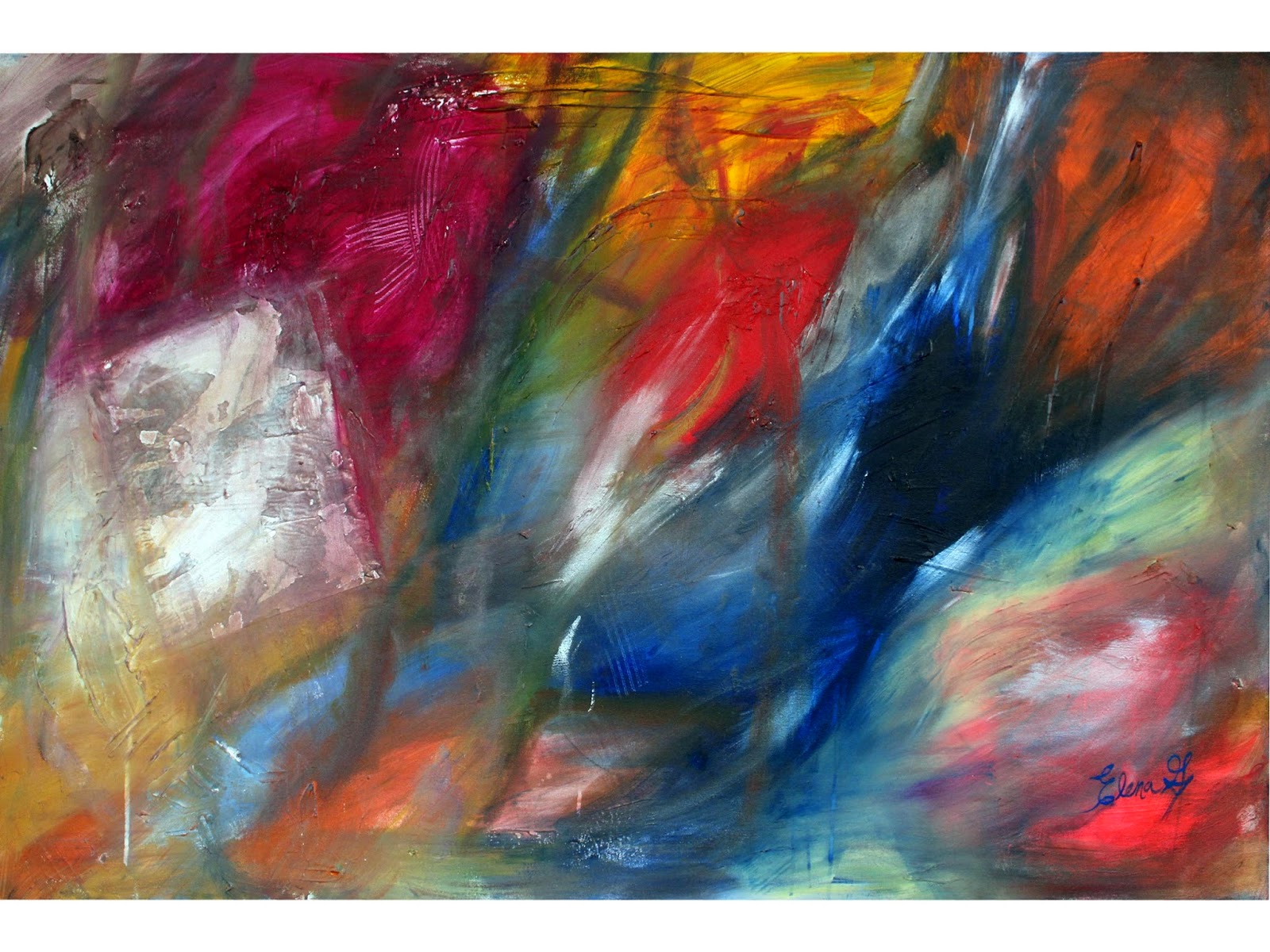 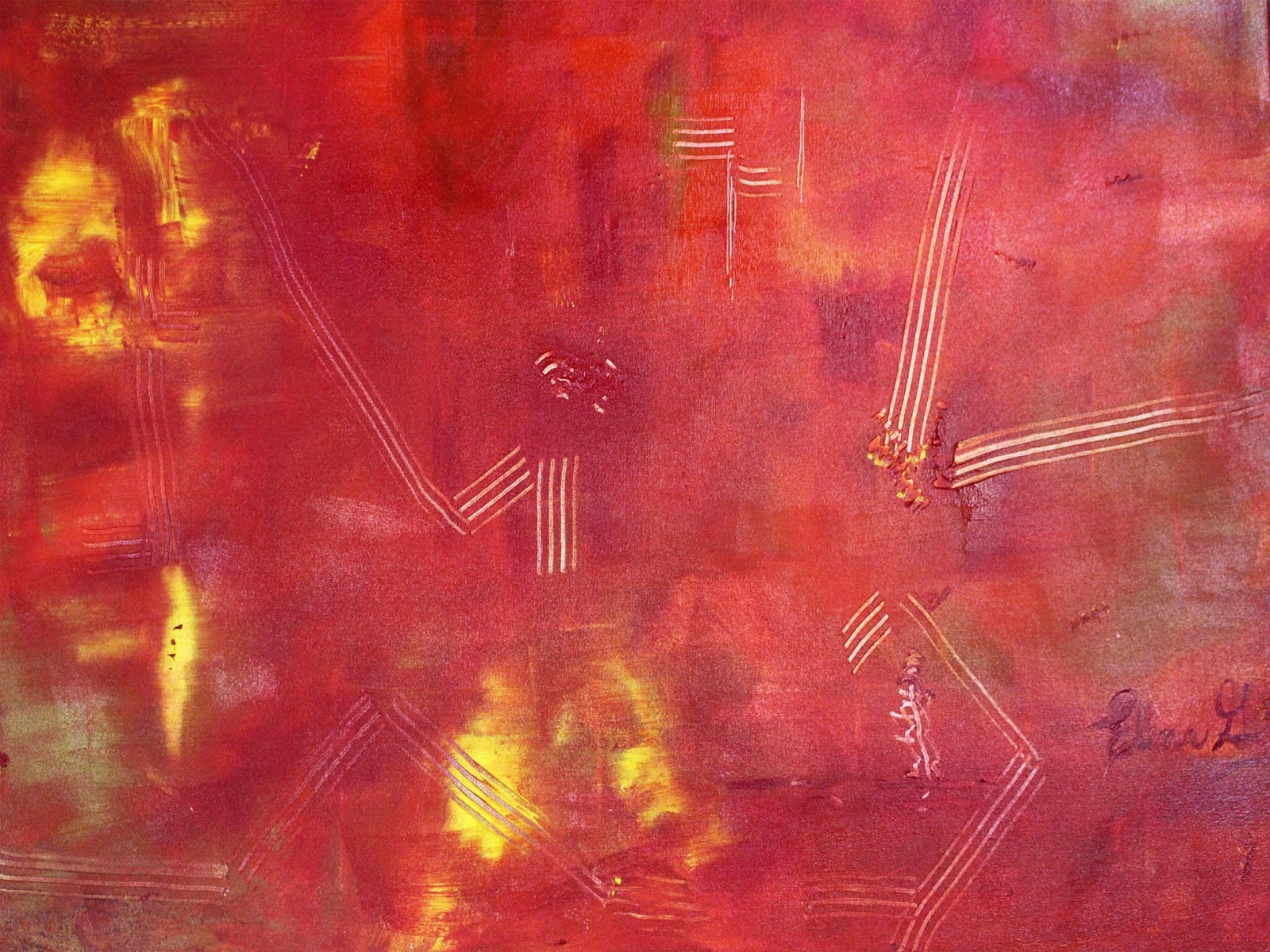 Posted by Elenagfineart at 5:48 PM No comments:

One of the world's oldest museums, the British Museum is vast and its collections, only a fraction of which can be on public display at any time, comprise millions of objects.

The V&A houses one of the world's greatest collections of decorative arts, in such varied fields as ceramics, sculpture, portrait miniatures and photography.

The Science Museum features seven floors of educational and entertaining exhibits, including the Apollo 10 command module and a flight simulator

Founded in 1824 to display a collection of just 36 paintings, today the National Gallery is home to more than 2,000 works. There are masterpieces from virtually every European school of art.

This original  powerhouse of modern art is awe-inspiring even before you enter, thanks to its industrial architecture. Inside, the turbine hall is used to jaw-dropping effect as the home of large-scale, temporary installations.

On this Greenwich Park site you'll find the National Maritime Museum, the Queen's House and the Royal Observatory, founded in 1675 by Charles II.

Opened in 1989 (following its original incarnation as the Boilerhouse established in the V&A by Terence Conran), the Design Museum by Tower Bridge encompasses modern and contemporary industrial and fashion design, graphics, architecture and multimedia.

Among the vehicles on display at the London Transport Museum is the first underground electric train, which had no windows because there was nothing to see underground.

Located in the stately 1815 building that once housed the Bethlem Royal Hospital for the insane (aka Bedlam), IWM London holds an important collection of twentieth-century art, much of it officially commissioned during WWI and WWII, examples of the machinery of war, official communications, manuscripts of war literature and other, more personal artefacts from the conflicts of the twentieth century.

Posted by Elenagfineart at 6:02 PM No comments:


1.     Smithsonian Institution, Washington, D.C.
The Smithsonian is the world’s largest research and museum complex, with 19 museums and galleries, the National Zoological Park, and various research stations. More than 137 million objects detailing America’s story are housed here, so you’d better prepare for a long week of walking.

2      2 . Le Louvre, Paris, France
The Louvre was a medieval fortress and the palace of the kings of France before becoming a museum two centuries ago. The addition of I. M. Pei’s pyramid shocked many when it was unveiled in 1989 as the new main entrance, yet it somehow works, integrating the palace’s disparate elements.

3      .  3.  The Acropolis Museum, Athens, Greece
The stunning ground floor gallery houses finds from the slopes of the Acropolis. Its amazing transparent glass floor provides a walk over history, with a view of the archaeological excavation, while sloping upward to the Acropolis with sanctuaries of the Athenians from each historic period nearby.

4. State Hermitage, St. Petersburg, Russia
Russia may be isolated from the artistic centers of Paris, Rome, and London, but the Hermitage has managed to acquire a spectacular collection of world art—more than three million items—spanning the years from the Stone Age to the early 20th century.

5.      The British Museum, London, England
Britain’s largest museum looks after the national collection of archaeology and ethnography—more than eight million objects ranging from prehistoric bones to chunks of Athens’ Parthenon, from whole Assyrian palace rooms to exquisite gold jewels.
6. The Prado, Madrid, Spain
The Spanish royal family is responsible for the Prado’s bounty of classical masterpieces. Over centuries, kings and queens collected and commissioned art with passion and good taste. In addition to stars of Spanish painting such as Velázquez, Goya, Ribera, and Zurbarán, the Prado has big collections of Italian (including Titian and Raphael) and Flemish artists.

7.      The Metropolitan Museum of Art, New York City, New York.
The Metropolitan Museum of Art is the largest museum in the Western Hemisphere. Its collection of more than two million items is not only broad—covering the entire world, from antiquity to the present—but deep, with holdings so large in a number of areas that some might be considered museums unto themselves.

8.      The Vatican Museums, Vatican City, Italy
Twenty-two separate collections comprise the Musei Vaticani, each one more spectacular than the next. The most famous are probably the Museo Pio-Clementino, with its splendid classical sculpture; the Raphael Rooms, entire rooms painted by Raphael; the Pinacoteca (picture gallery), which contains the cream of the Vatican’s collection of medieval and Renaissance paintings; and, of course, Michelangelo’s Sistine Chapel.

9.  The Uffizi Gallery, Florence, Italy
“Great” is an overworked adjective in Italy, where so many of the country’s monuments and works of art command the highest praise. In the case of the Galleria degli Uffizi, it barely does justice to a gallery that holds the world’s finest collection of Renaissance paintings.

10    .Rijksmuseum, Amsterdam, the Netherlands
About 900,000 objects fill the Rijksmuseum, the largest collection of art and history in the Netherlands. It is most famous for its paintings by 17th-century Dutch masters, including Ruysdael, Frans Hals, Johannes Vermeer, and Rembrandt van Rijn.

From the National Geographic book The 10 Best of Everything

The Louvre Museum as seen through the Louvre Pyramid glass in Paris, France
Photograph by Horst Friedrichs, Anzenberger/Redux

Posted by Elenagfineart at 9:03 AM No comments:

In the 1920s, started the promotion of the Mexican muralism with and political and social messages in regards to the post Mexican Revolution government.

It was headed by the big three painters, Diego Rivera, José Clemente Orozco and David Alfaro Siqueiros.
From the 1920s to about 1970s several murals with political, social and nationalistic messages were created on public buildings, starting a tradition which continues to this day in Mexico, generating a high impact in the whole American Continent.

Mexico has a tradition of painting murals, starting with the Olmec civilization in the pre Hispanic period and into the colonial period, with murals mostly painted to evangelized and reinforce Christian doctrine. 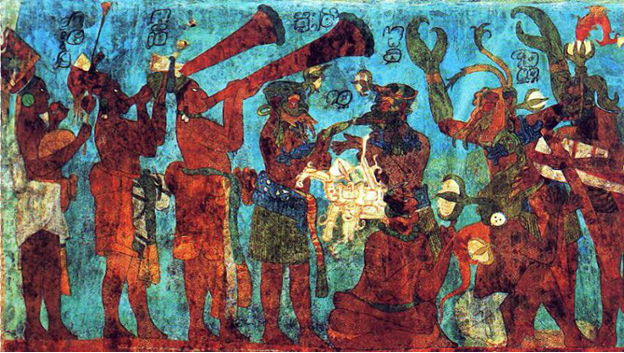 The first Mexican mural painter to use philosophical themes in his work,  was Juan Cordero in the mid 19th century. Also he did mostly work with religious themes.

Gerardo Murillo as well known as Dr. Atl is   considered to be the modern Mexican muralist with the idea that Mexican art should reflect Mexican life.

The first modern Mexican mural, painted by Atl, was a series of female nudes using Atlcolor a substance Atl invented himself, very shortly before the beginning of the Mexican Revolution. 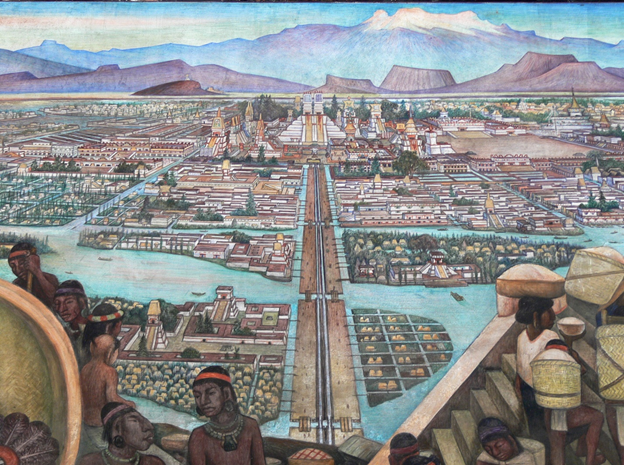 Between to the 6th to the 11th centuries AC. Is called The Dark Ages.  In this time, Art was alive mainly in the monasteries. In the 5th century AD. barbarian tribes from northern and central Europe wandered over the continent.

These people produced very strong pattern on his art. They were dabbler in designs of dragons and birds.
The best of Celtic and Saxon art is found in manuscripts of the 7th and 8th centuries. Book illumination and miniature painting, practiced since late Roman times, increased in the middle Ages. Gold, silver and bright colors were used. Very little wall painting survives from the middle Ages. There were several great series of frescoes painted in churches built during the Romanesque period (11th-13th centuries). But most of them have disappeared. A page from an Italian manuscript shows elaborately decorated initials and a finely detailed marginal scene of Saint George slaying the dragon. The colors are brilliant and jewel-like, as in stained glass, and gold shimmers over the page. . Artists probably used magnifying glasses to do such intricate work.

Posted by Elenagfineart at 5:00 PM No comments:

The importance to understand the color, first is understanding the light. The objective components of color are: a source of radiant energy, a medium through which that energy travels, and an object. That absorbs and reflects different portions of the light spectrum.

The subjective components of color are:

Adapted from the lecture “The Physics and Chemistry of Light and Color” by Daniel Barber. http://www.daniel-barber.com

PAINTING AND PICTURE MADE BY ELENA GUTIERREZ  (Elena G).


Posted by Elenagfineart at 9:22 PM No comments:


Abstract Art, is the most genuine ART-EXPRESSION, of the human being. This means, breaking the rules and the cognitive part in the artistic creation and replacing them for the spiritual essence, spontaneity, creativity and intuition of the artist. 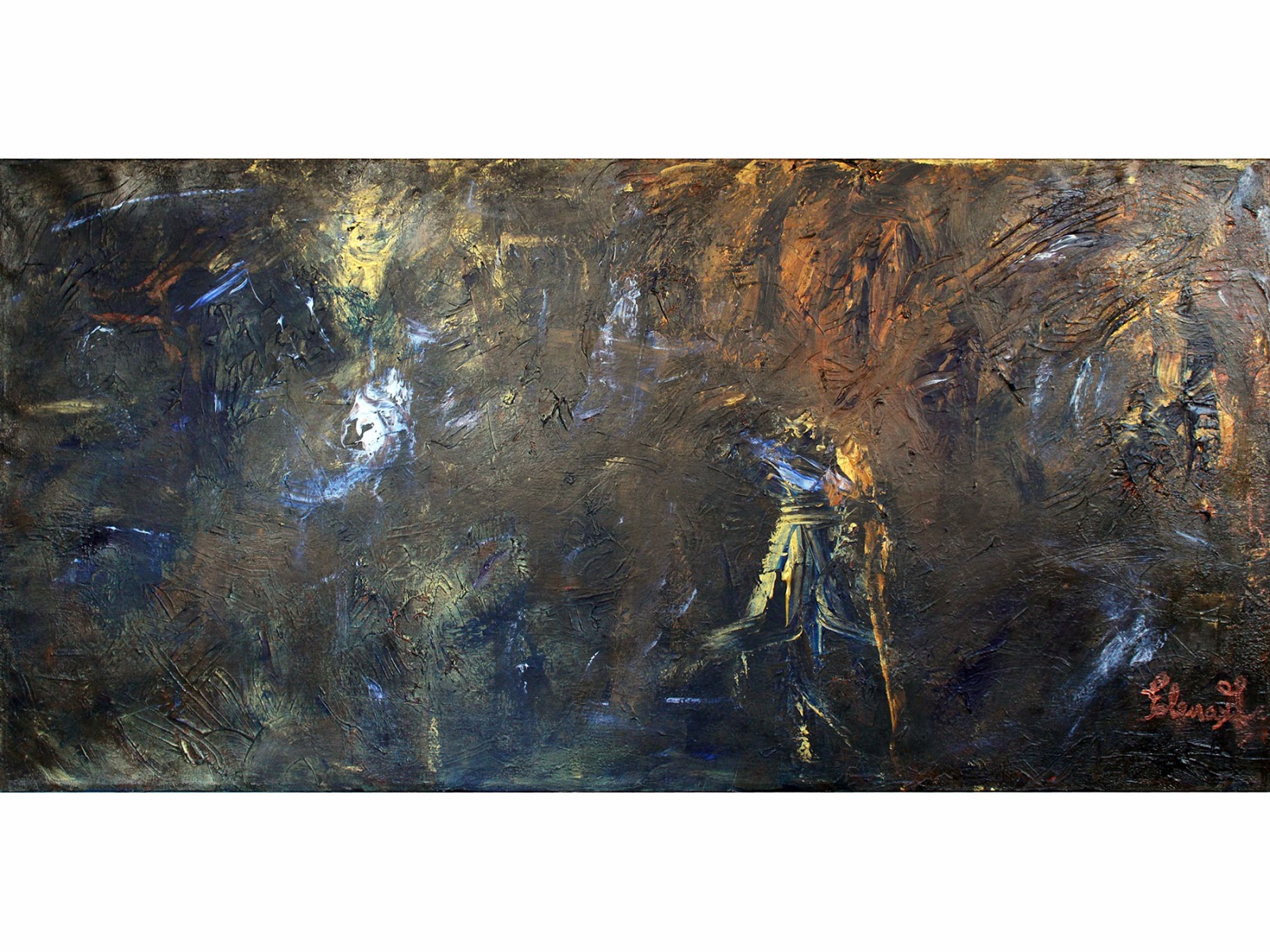 The unconscious is reflected in the artwork and the imagination develops in one’s creating a rich work.
It is important to mention, when the artist is creating ABSTRACT, He starts  at the beginning, without judgment and restraint, in a “FRESH MIND” statement, in   a“LET IT GO”, so, the Art Work, becomes great, flowing with “FREEDOM” and creating harmony with some elements as the color, which plays an important role in the Artwork. 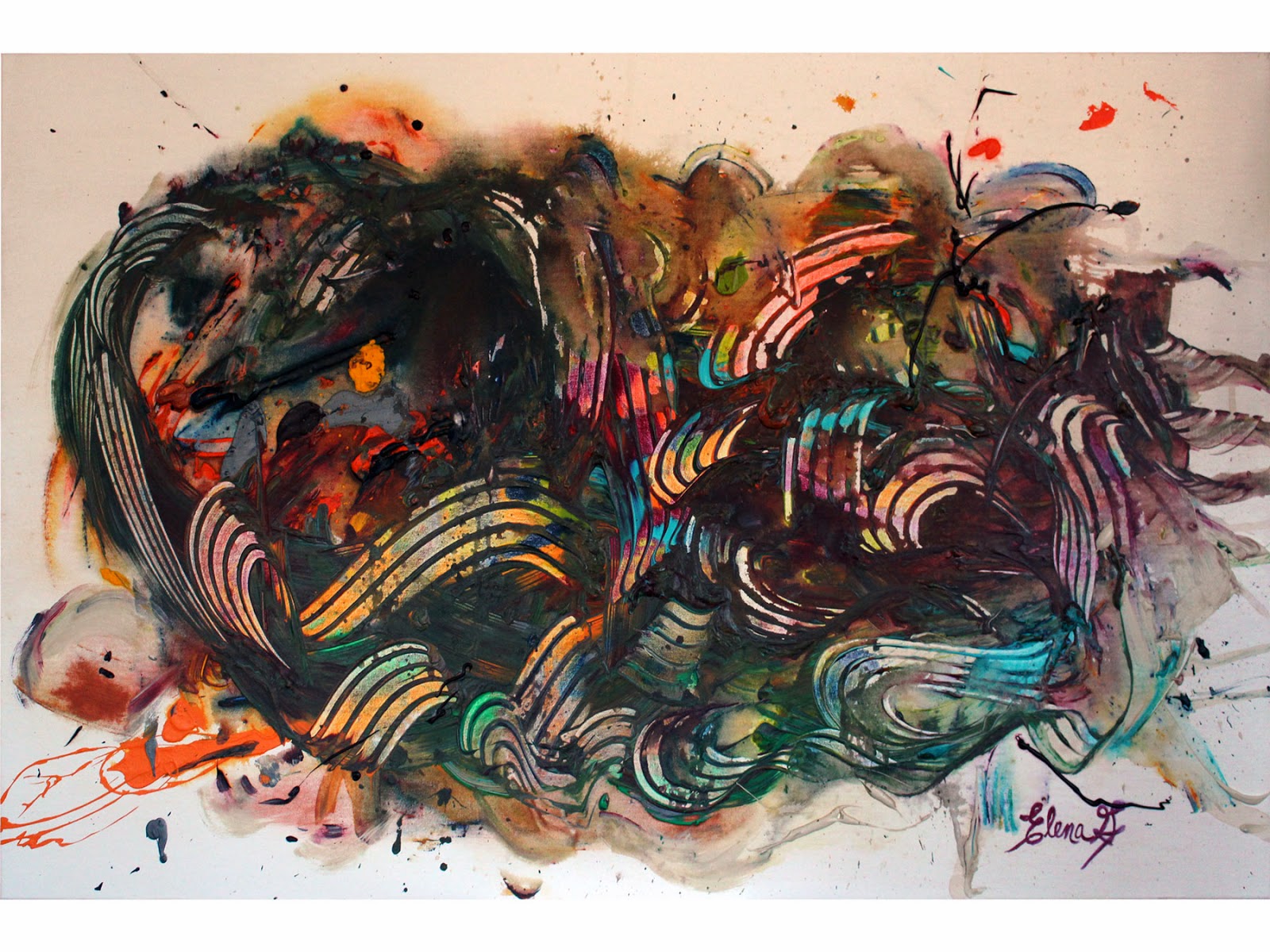 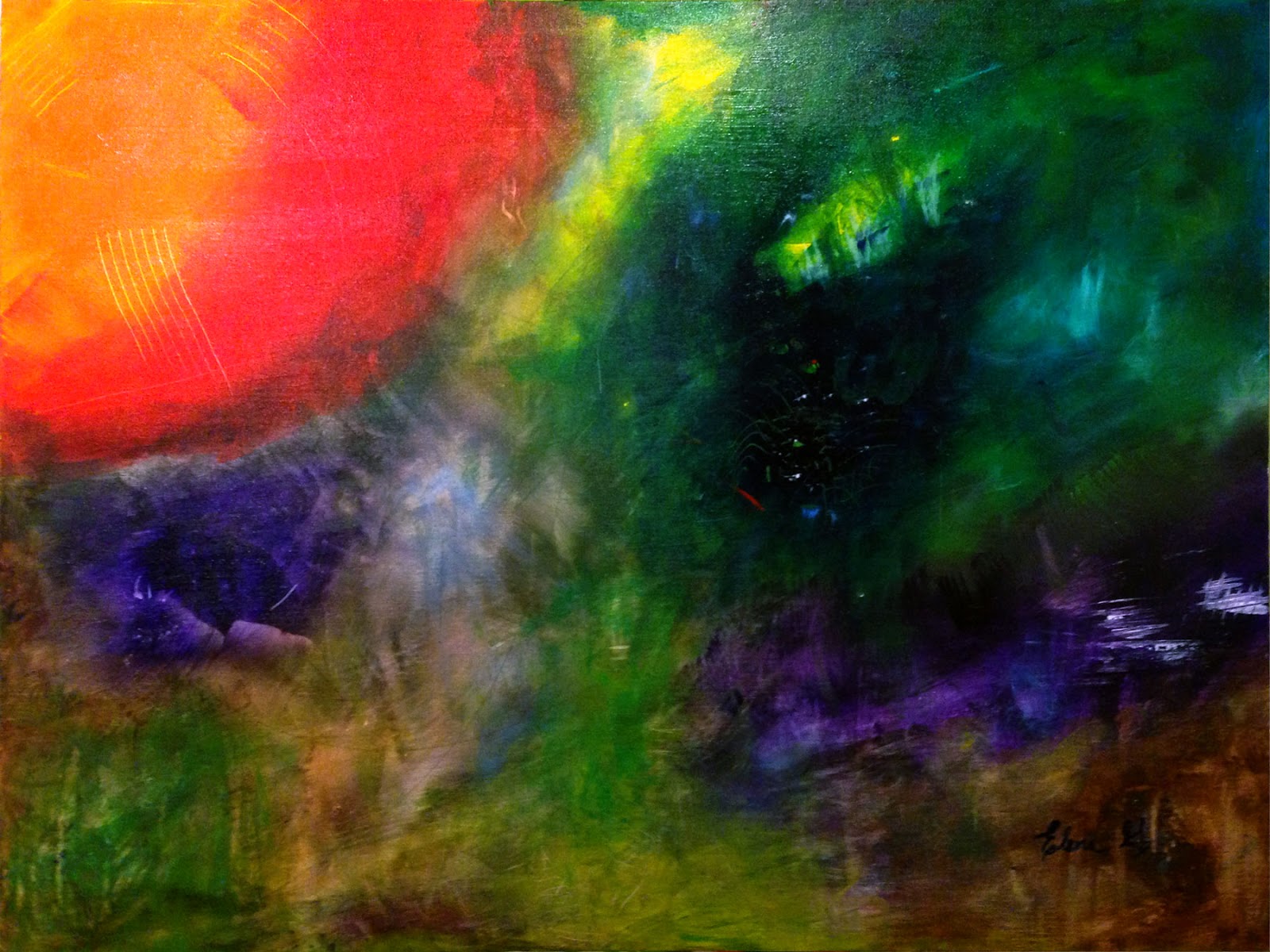 Posted by Elenagfineart at 9:46 AM No comments: